How to talk about race and diversity?

Approaching the topic of race and diversity with ethnic minority colleagues without the fear of getting it wrong but instead making a positive change.

What I learnt from Lloyd’s Diversity and Inclusion champion.

Sarah Chowdhury, Diversity and Inclusion champion at Lloyd’s Bank kindly took the time to talk to us at Red Badger about race in the workplace with her talk titled “Talking about race and ethnicity”.

The aim of the talk was to bring topics to the table which people may be reluctant to talk about and suggest ways that we can approach the topic of race with ethnic minority colleagues without the fear of getting it wrong but instead making a positive change. 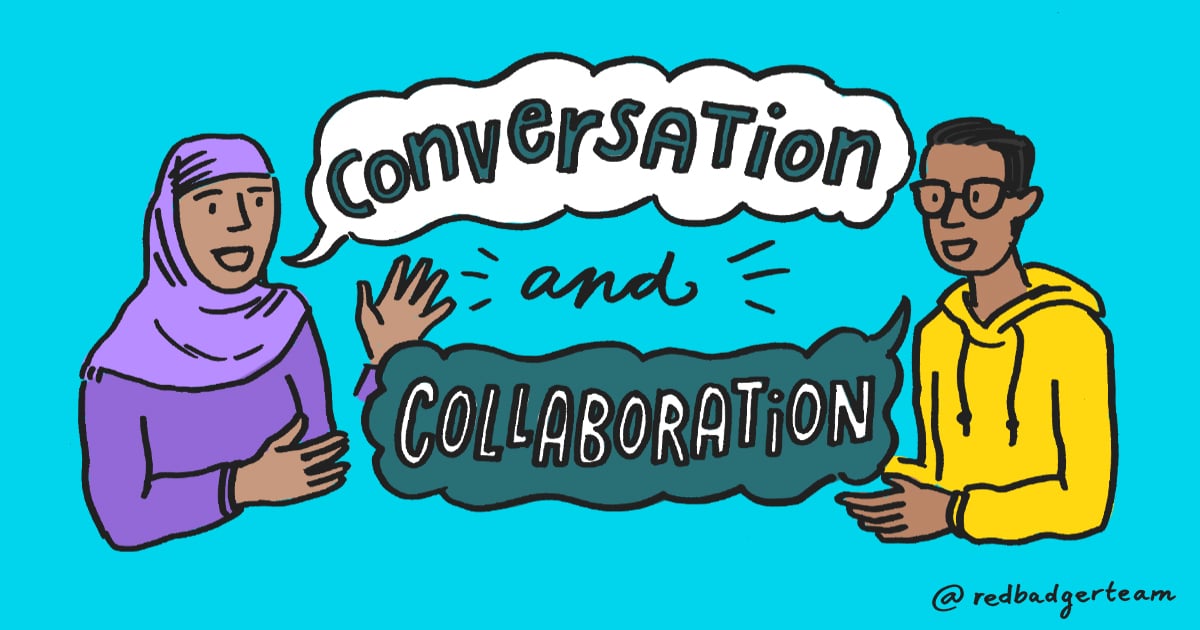 Sarah grew up in Croydon, in a family with Bangladeshi roots. She is also a practising Muslim and wears a hijab. This has not hindered her career progression, but as she became a more prominent leader she did experience junior colleagues, particularly Muslim women, reaching out for advice on their own careers while remaining authentic.

Many of them had insecurities or preconceptions that progression required assimilation. However, Sarah as a visible role model has been able to inspire these colleagues that authenticity and career progression can go hand in hand.

Although she has great working relationships with her white colleagues, many of her colleagues do not ask many questions abound her background as they probably did not want to make her feel uncomfortable or say the “wrong” thing. Another reason may be related to the colleague’s point of reference. They may never have been a victim of “stop and search” or been followed by a security guard around the supermarket, so may never even have thought about these issues.

It’s clear that it’s always better to talk about these issues in the open rather than being defensive, thinking that you might offend someone or not wishing to be perceived as ignorant.

A simple question “Where are you from?” may be thought of as causing offence.  Sarah’s answer to this was Croydon (mine is always “North London”). Sarah indicated that we can rephrase that to “Where did you grow up?” to take the ambiguity out of it and also just clarify if the person is happy to answer a question before receiving it.

She also mentioned that if someone asked a question out of curiosity e.g. “Have you experienced racism?” that she wouldn’t be offended by this. I concur with this; it shows that someone is trying to understand your point of reference and learn.

Sarah talked about the positive impact of targets at Lloyd’s who became the first FTSE 100 company to set BAME targets in 2012. These targets have progressed well at the overall BAME level but Lloyd's recent publication of the Race Action Plan acknowledges the need for black targets to increase their representation and elevate their ethnicity work further.

However, targets are only one aspect of the Race Action Plan. Lloyds goes beyond this and commits to training and development programmes for BAME colleagues, and education programmes for white colleagues on ethnicity matters.

Sarah shared insight into the impact of bringing small groups of ethnic minority colleagues together in safe circles with individual white leaders.

The leaders were required to merely listen, while the host would ask earnest questions about racism. Those leaders who participated in these sessions were both professionally and personally impacted by the stories they heard.

However, in the first instance, Sarah set up the first session with one of her mentors (a white man) and asked him to invite other white leaders to replicate the sessions. A white man asking other white men to engage in the subject resulted in 100% of the leaders agreeing to participate. Sarah felt using allies in this way is key to creating an anti-racist movement.

We then spoke more about how useful certain terms are such as white privilege, colour blindness, and BAME targets.  For me, Sarah, and most of Red Badger, the term colour blindness is particularly unhelpful as it does not acknowledge the differences we have and therefore means we would not even have deeper conversations on the issues people from ethnic minority backgrounds face.

Amongst Red Badger staff, there was less consensus on whether BAME targets were useful. From my side, I don’t like the term BAME, as it lumps all non-white groups into the same bracket when the issues are completely different amongst different groups.

My own feeling is that using targets on their own can promote the wrong behaviours if not used appropriately, where companies feel they’ve achieved x% of BAME representation and their job is done. Inclusion should go beyond this and be considered within the drafting of all company policies.

However, when management is incentivised in the right manner, the gradual change in the make-up of staff and management teams can create role models for ethnic minorities, similar to how Sarah is viewed now.

The most powerful part of the talk was when Sarah listed out 12 statements and asked if any of them had happened to us. They were:

Generally, you’ll find that the darker the colour of your skin, the higher the amount of those occurrences would have happened to you.

Personally, I had 2.  I know how incredibly lucky I am to have that score; my parents’ one would definitely be higher. Despite being a person of colour, even I do not have an understanding of all of these experiences and have my own blind spots.

For me this enforces the point even further; we need to speak freely and more importantly listen to those who have been through these horrible experiences. These things do not just happen in movies; they’re very much the everyday reality for many.

This is also part of the reason why gender diversity has had more traction than race to date. Pretty much everyone has a woman in their lives, be it a mother, wife or daughter, but many people can live a life only within their own racial/social strata causing blind spots on the issues affecting those outside their group.

So what can we actually do about all of this?

The overwhelming theme is conversation and collaboration. The biggest thing I learned is to realise that it’s fine not to know the “answers” and realise the only way that we’re going to make a change for good is to acknowledge our own blind spots and be a willing listener.

Firstly, we need to get comfortable learning more about other perspectives and that can start with simple conversations and going beyond our own fears of getting it wrong. Secondly, we need to realise it’s everyone’s problem, not just an ethnic minority one and that all our contributions can make a huge difference.

Many thanks to Sarah for an incredibly powerful and such a thought-provoking talk. To sum up how deep prejudices are ingrained and how much we need to do about it, please take the time to view this video. It’s very moving.

To tackle the most complex challenges in society, we need to look beyond our own organisations when developing products and services.

The grand challenges set out in the UN’s Sustainable Development Goals aim to solve some of the world's most complex problems with product thinking.