As proud allies of the LGBTQ+ community—and a Stonewall Diversity Champion—we want to celebrate some of our favourite LGBTQ+ tech heroes.

LGBTQ+ History Month, founded in 1994, is an entire month (every February) completely dedicated to understanding and appreciating the rich history of the LGBTQ+ community.

As proud allies of the LGBTQ+ community—and a Stonewall Diversity Champion—we want to celebrate some of our favourite LGBTQ+ tech heroes. 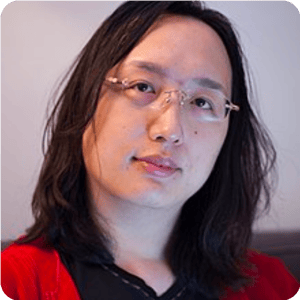 The first name on our list of amazing LGBTQ+ ‘tech-sperts’ is Audrey Tang.

Tang, who identifies as non-binary, is a Taiwanese free software programmer and the Digital Minister of Taiwan, and has been described as one of the “ten greatest Taiwanese computing personalities.”

Growing up in Germany, Tang was considered a child prodigy, tackling advanced mathematics challenges by age 6 and programming by 8. Impressive.

Thanks to Tang’s significant contributions to free software and programming, Taiwan’s prime minister invited them to build a literacy curriculum for the country’s schools.

These accomplishments led to Tang becoming the first non-binary and transgender individual appointed minister in Taiwan. They also made history as the youngest minister at 35 years old.

One of Tang’s most notable achievements is their ‘hacking’ of the pandemic, which greatly helped Taiwan keep case numbers under control.

They helped to implement a new mask tracking system to provide clarity on where citizens could purchase a mask during the early stages of the COVID-19 pandemic.

Utilising government stock tracking in pharmacies across Taiwan, citizens were informed on where masks were available at all times.

Tang’s solution was instrumental in helping Taiwan keep cases of COVID-19 from surging into the thousands.

While identifying as non-binary, Tang prefers to avoid labels:

“What’s important here is not which pronouns you use, but the experience...about those pronouns... I’m not just non-binary. I’m really whatever, so do whatever”. 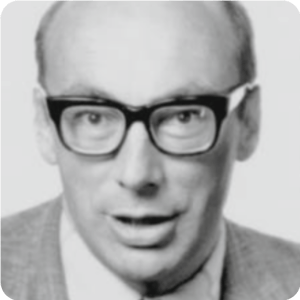 Our next tech-spert is legendary computer scientist Peter Landin. A proud member and advocate of the LGBTQ+ community, Landin’s work laid the foundations for modern software.

One of his most prominent works includes his observation that computer programmes could be based on mathematical logic. This resulted in the development of programming languages that could be understood by different machines universally.

These discoveries still influence the software that runs many of the machines we use today, including the internet, PCs and laptops.

He also helped to define the ALGOL programming language and invented the SECD machine. The SECD machine is a virtual machine (a machine that is emulated on another computer system) which shows a mathematical representation of how computers work.

Landin’s career began underground in the basement of Birkbeck college, where he and his friends were secretly let in by a professor with a key.

He was openly bisexual and a large part of his life was devoted to gay rights activism. He became an active member of the Gay Liberation front in the 1970’s, turning his Camden home into a gay commune after splitting with his wife.

He was instrumental in the rejuvenation of pride marches in the 80’s, and ‘Aids: The Musical!’ was even conceived at his house!

Landin eventually became convinced that computing was a bad idea due to the emergence of a surveillance state, but his ideas still help drive many developments today. 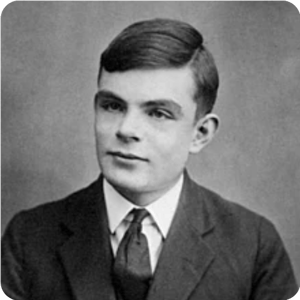 Our next tech-spert needs no introduction. A wartime code-cracker that saved millions, Alan Turing was instrumental in turning the tide of World War II.

Turing is considered the father of computer science and artificial intelligence (AI), and is one of the most influential gay figures of all time. He was just 41 years old when he died in 1954.

Turing was a man of many talents - a mathematician, logician, computer scientist, philosopher, cryptanalyst and theoretical biologist. Let’s also not forget how he cracked the Enigma Code, providing an insight into secret Nazi wartime communications.

However, despite all of his incredible work, this achievement wasn’t recognised until long after his death due to his homosexuality.

The Turing test, originally called the imitation game in 1950 (hence the name of the 2014 film) tests a machine’s likeness to human intelligence. This was judged by how natural conversations were between a human and the machine in question.

To date, no AI has passed the Turing test, and many believe it may still be another 10+ years until one does.

The closest an AI has come to passing is Google’s Duplex Voice AI who successfully made an appointment with a hairdresser in 2018, without the hairdresser realising she was conversing with a computer.

Turing was an early believer that the human brain is largely a digital computing machine, which is a driving force behind cognitive science and research today. Many of Turing’s machines were described as weak models of human psychology and intelligence, and he even invented an early version of computer chess, too.

Turing was prosecuted in 1952 for engaging in acts of homosexuality and was facing serious prison time. However, he accepted chemical castration as an alternative to incarceration.

In 2017, over half a century after his death, the ‘Alan Turing Law’ was passed, pardoning men convicted under similar outdated anti-homosexuality laws. 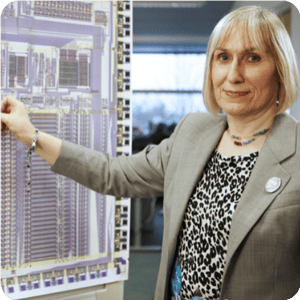 Tech-spert number 4 is Sophie Wilson - a British computer scientist most famous for her work in helping design the BBC Microcomputer and ARM architecture.

Wilson helped shape the history of technology with the key developments she made during her studies at Cambridge University and throughout her career. She is a pivotal figure in the advancement of technology.

During her first summer at Cambridge University, Wilson developed a microcomputer that controlled the feed needed for cows. This led to the development of the hardware for the Acorn System 1, an early 8-bit microcomputer for hobbyists.

So if you’re an Apple or Android fan and own any of their devices, now you know what powers them!

Wilson also designed and implemented the prototype of the BBC Microcomputer alongside her colleague Steve Furber.

These were a series of microcomputers designed to aid in computer literacy in the 1980’s, and were conceived with an emphasis on education.

The system was used by most schools in the United Kingdom in the 1980’s, and even made it into many homes.

In 2011, Wilson, a transgender woman, was named as one of the “15 Most Important Women in Tech History”.

Last but certainly not least, our final tech-spert is Lynn Conway. Conway was nominated by our very own Sam Lake, who is a delivery lead at Red Badger and a member of the LGBTQ+ community himself.

Conway is a computer scientist, electrical engineer, inventor and transgender activist (not in that order).

She was also responsible for a rush of high-tech startups in the 1980’s and 90’s following her coining of the Mead & Conway revolution; a huge integration design revolution.

On top of that, this revolution also resulted in the global restructuring of academic materials in computer science and electrical engineering education. It takes a lot to reshuffle a traditional academic curriculum.

Being a transgender woman, Conway has faced some hardships since her transition. She worked at a huge technology company back in 1968 (where she achieved a lot of her greatest work), and was fired after they found out that she is transgender.

And there you have it, our LGBTQ+ tech heroes and experts, responsible for pushing the boundaries of what’s possible with technology and standing up for LGBTQ+ rights at the same time.

If you’re looking for another read, why not check out the work our social task force has put in to help the LGBTQ+ community?

The grand challenges set out in the UN’s Sustainable Development Goals aim to solve some of the world's most complex problems with product thinking.

How to talk about race and diversity?

Approaching the topic of race and diversity with ethnic minority colleagues without the fear of getting it wrong but instead making a positive change.